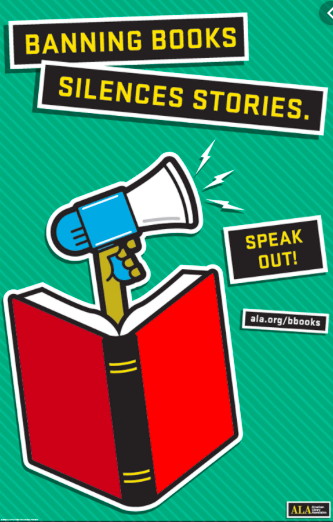 Why are books challenged?

Why are books challenged? Here's what the American library Association found in 2018: 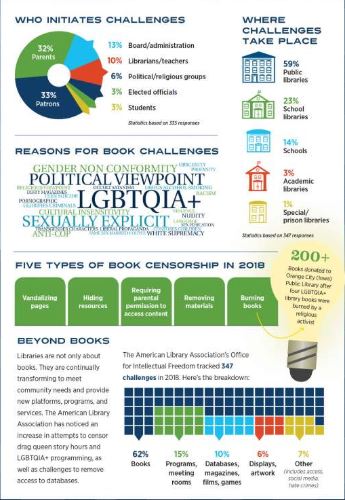 Butler University's guide lists the most common reasons for book challenges 1990-2009 , and offers historical statistics on who was the challenger, and the type of library.

Banned Books Week is an annual celebration of the freedom to read granted by the  First Amendment of the United States Constitution.

It highlights the many debates and  legal struggles over these rights in the past. Those continue in the  present day when books are challenged at public and school libraries. In a Washington Post interview, James La Rue (American Library Association, Office of Intellectual Freedom) put it this way:

There are so many places like in rural communities where you say, "Well, the book isn’t banned. It’s still been published. It’s still available on Amazon. It’s still in a bookstore." But let’s say you’re a young gay kid, and you go to your library, and David Levithan’s Two Boys Kissing has been removed, and so you don’t know that it’s there. You don’t have a credit card to get it from Amazon. You can’t hop in a car if you’re 14 years old and drive to a bookstore. So the ban is not a trivial thing. It’s a deliberate suppression of a viewpoint that has real consequences for people.

La Rue points out to parents who challenge books to protect their children “If I say, ‘I don’t want my child to read this,’ you have the right to do that. But when you try to remove it from the library, you’re saying that other people’s children don’t have the right to read it.”

Challenging a library to remove a book from its shelves isn't the only way to censor information. Other forms of censorship (like economic censorship, access limits, or self-censorship) can be just as harmful, or worse. What do you think - if information never makes it into print, into the news, or onto a website, is that information censored? 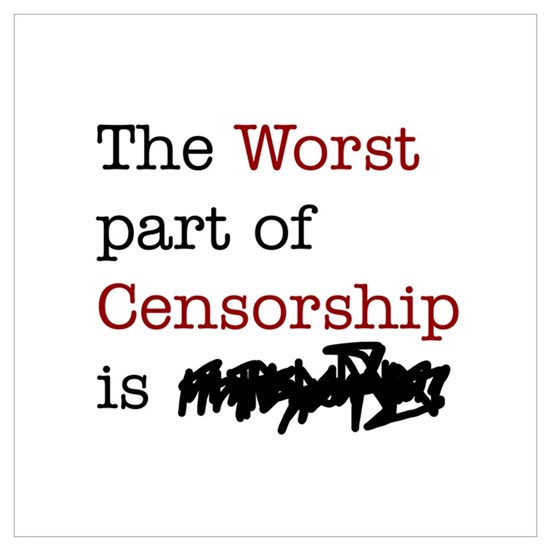