In addition to direct screen adaptations, movies based on Shakespeare’s work are extremely varied and include modernized or alternate period versions, alternative cultural versions, and thematic retellings just to name a few. Some examples include include Disney’s The Lion King, the zombie romance Warm Bodies, the sci-fi classic Forbidden Planet, and everyone’s favorite, 10 Things I Hate About You.

To watch some of these films through our library databases, click on the "Watch These!" tab.

Shakespeare for the Modern World

The YouTube video, When Shakespeare Got Cool, by Broey Deschanel, discusses the way in which film versions of Shakespeare's plays set in - and adapted for - modern teenagers are great, actually. If you find Shakespeare boring or impossible to understand, this video can provide a new way of understanding what's happening. The bottom line, though, is that Shakespeare was never intended to be intellectual or studied in classes or read at all, and Shakespeare himself would be appalled by the idea!

It's not just movies: numerous TV shows, novels, and songs have been adapted or inspired by Shakespeare's plays, including this: 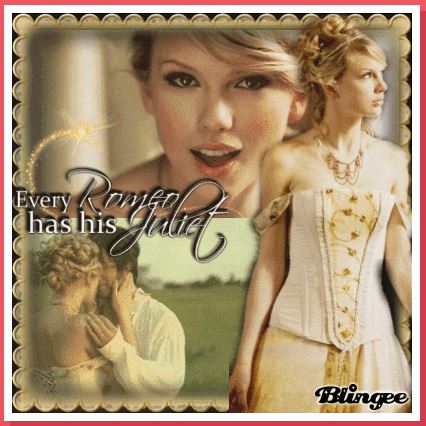 Photo collage of Taylor Swift, captioned "Every Romeo Has His Juliet," compliments of Blingee