Shakespeare contributed more words and phrases to modern English than any other single person. Here is just one list, but there are many more! 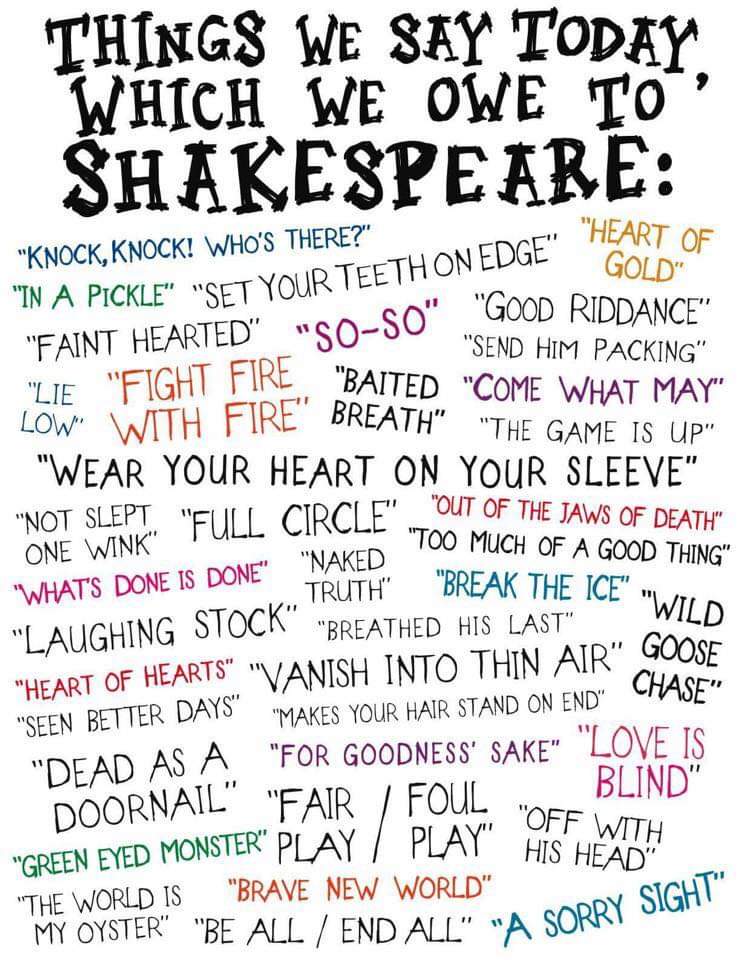 Listen Not Watch - Check out the Folger Shakespeare Library's Podcast

This is written to the rhythm of the hit 1999 Smash Mouth song All Star. If you don't know the song, it's a pretty useless box. 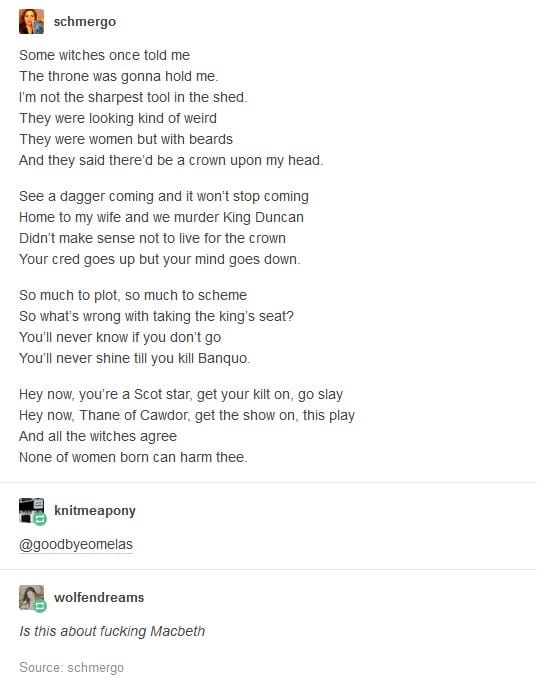